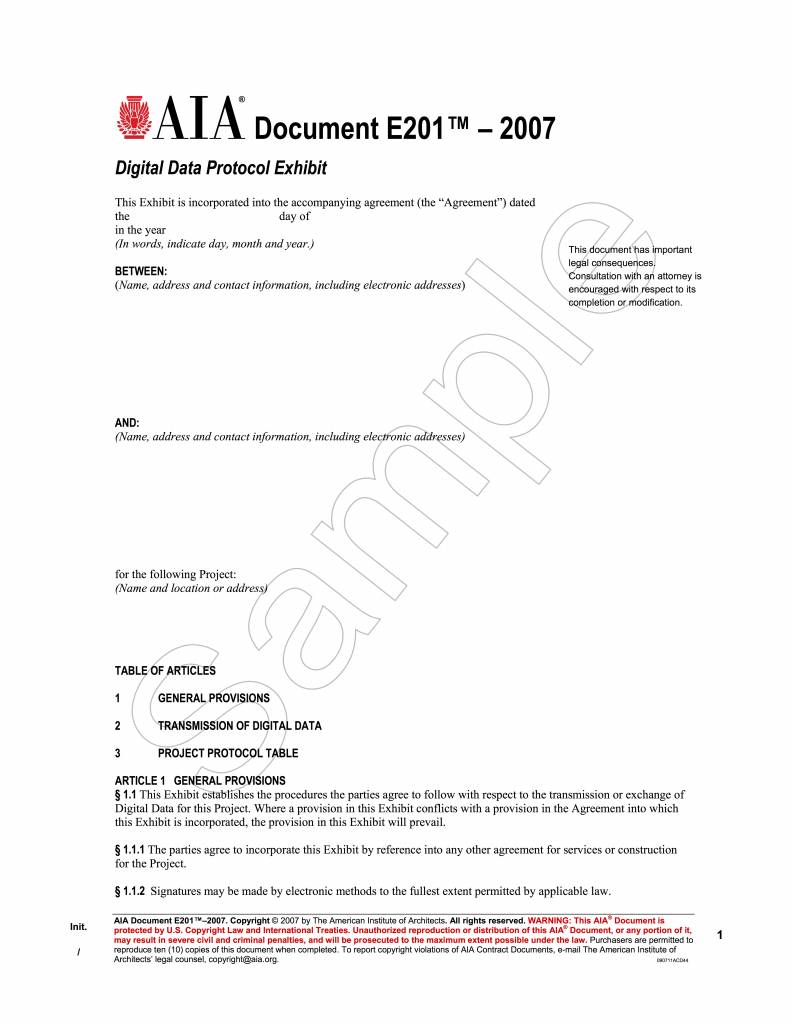 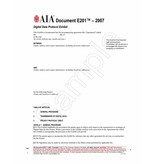 AIA Document E201™–2007 is not a stand-alone document, but must be attached as an exhibit to an existing agreement, such as the AIA Document B101™–2007, Standard Form of Agreement Between Owner and Architect, or A101™–2007, Agreement Between Owner and Contractor. Its purpose is to establish the procedures the parties agree to follow with respect to the transmission or exchange of digital data, including instruments of service. AIA Document E201–2007 defines digital data as information, communications, drawings, or designs created or stored for a specific project in digital form. E201 does not create a separate license to use digital data, because AIA Document for design or construction, to which E201 would be attached, already include those provisions. Parties not covered under such agreements should consider executing AIA Document C106™–2007, Digital Data Licensing Agreement.