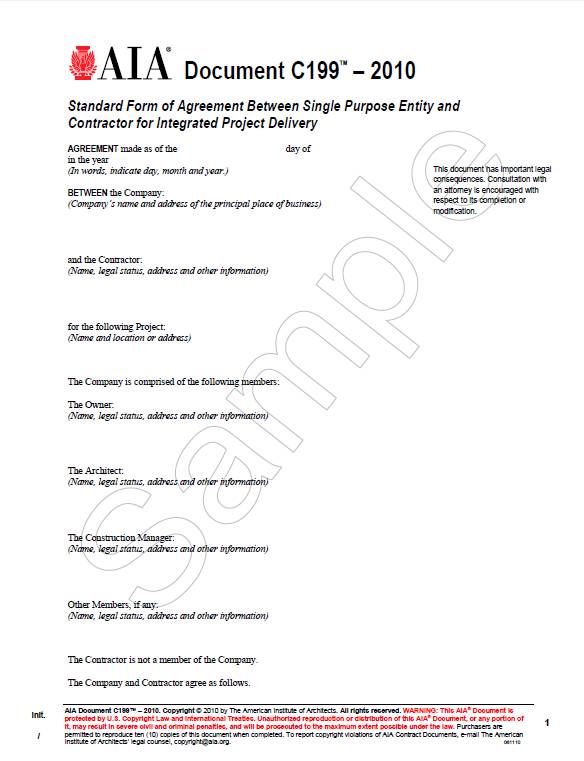 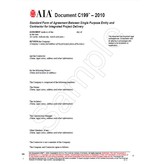 AIA Document C199™–2010 is a standard form of agreement between a single purpose entity (“the SPE”) and a contractor. AIA Document C199–2010 is intended for use on a project where the parties have formed the SPE utilizing AIA Document C195™–2008, Standard Form Single Purpose Entity Agreement for Integrated Project Delivery. C199–2010 is intended to be a flexible document. C199 can be used for a contractor that only provides construction services, or it can also be used for a contractor that will provide both preconstruction and construction services. C199 is not intended for use in competitive bidding and relies upon an agreed to contract sum, which can be either a stipulated sum (fixed price) or cost of the work plus a fee, with a guaranteed maximum price. In addition to compensation for the contract sum, C199 allows for the contractor to receive additional profit through incentive compensation and goal achievement compensation.