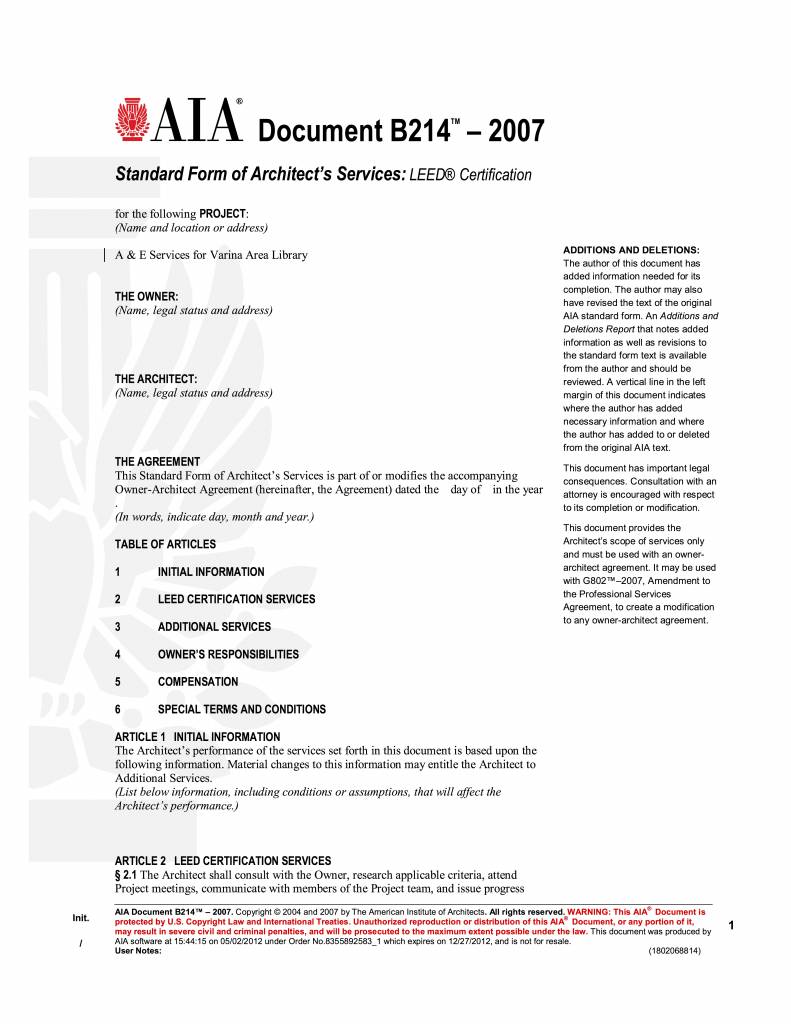 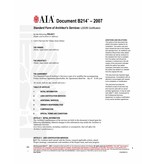 B214-2007 establishes duties and responsibilities when the owner seeks certification from the U.S. Green Building Council's Leadership in Energy and Environmental Design (LEED). Among other things, the architect's services include conducting a pre-design workshop where the LEED rating system will be reviewed and LEED points will be targeted, preparing a LEED Certification Plan, monitoring the LEED Certification process, providing LEED specifications for inclusion in the Contract Documents and preparing a LEED Certification Report detailing the LEED rating the project achieved. B214-2007 may be used in two ways: (1) incorporated into the owner-architect agreement as the architect's sole scope of services or in conjunction with other scope of services documents, or (2) attached to G802-2007, Amendment to the Professional Services Agreement, to create a modification to an existing owner-architect agreement. B214-2007 is a scope of services document only and may not be used as a stand-alone owner-architect agreement. B214-2007 was revised in 2007 to align, as applicable, with B101-2007.